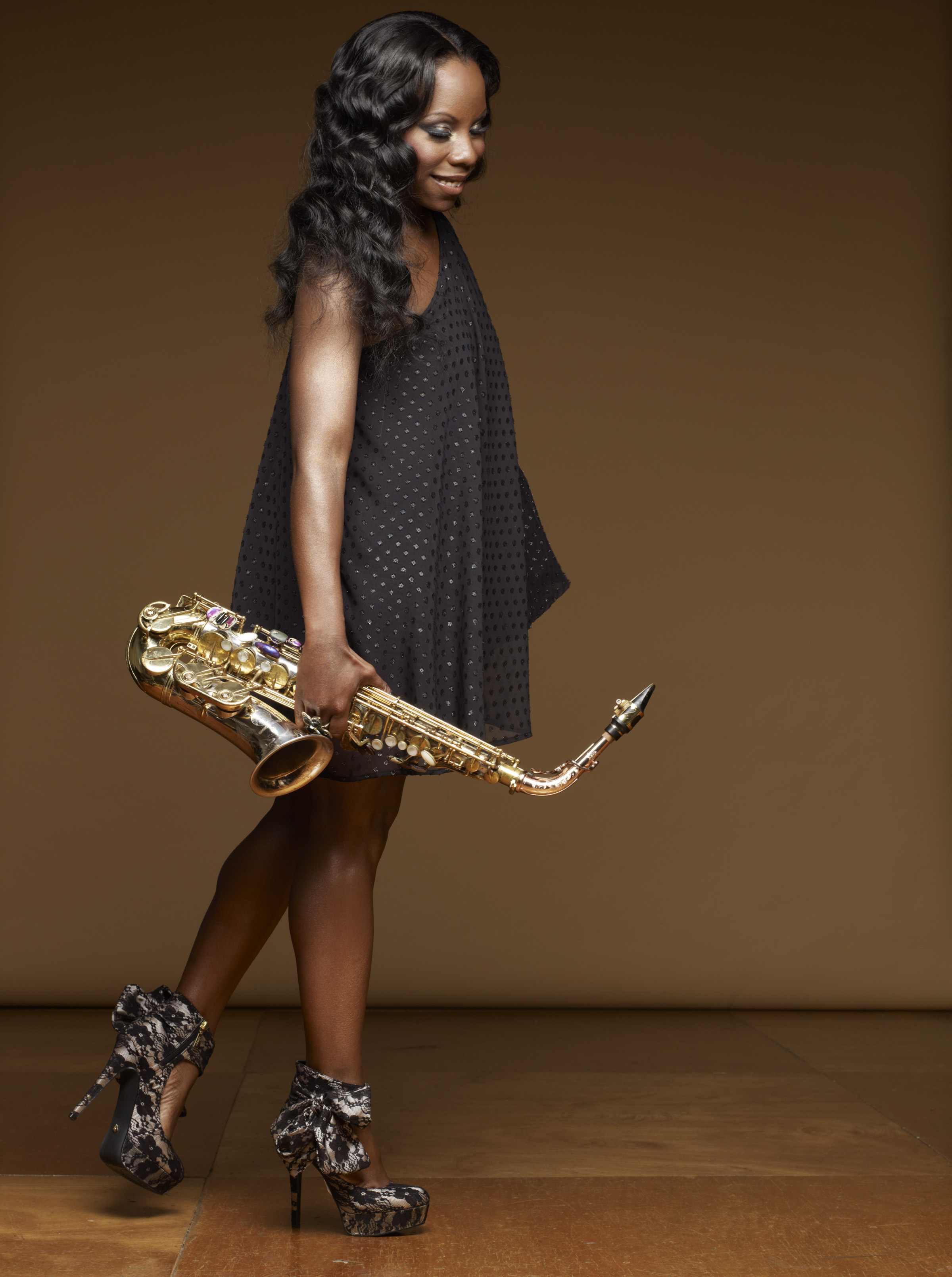 When Mack Avenue recording artist, Tia Fuller picks up her sax to play, something amazing happens as the reverberations of her musical elixir fill the room. Balancing both worlds of performance and education, it is understood why this touring artist and full-time professor (at the Berklee School of Music), has a Bachelor of Arts degree in Music from Spelman College in Atlanta, GA, (Magna Cum Laude) and Master’s degree in Jazz Pedagogy and Performance from the University of Colorado at Boulder (Summa Cum Laude), was selected to be a member of the all-female band touring with R&B star, Beyoncé. As part of the I AM..Sasha Fierce and Beyoncé Experience World Tour promoting the superstar’s CD’s, where Tia has played in various venues throughout the US, Europe, Africa, Asia and Australia. She is a featured soloist on the Beyoncé Experience DVD (Me, Myself and I), I AM Yours I DVD (Wynn Theatre) and also appeared on number of major television shows, such as The Oprah Winfrey Show, Today Show, Good Morning America, BET Awards, American Music Awards and Total Request Live, and the 2010 Grammy Awards. As well as having performed as the featured soloist with Beyonce for President Obama at the White House.

The dynamic saxophonist has been featured on the cover Saxophone Today (March 2014), Jazz Education Journal (2012), and JazzTimes Magazine (June 2010). In addition, she has received numerous awards and marks of distinction including, winning Downbeat Critic’s Poll-‘Rising Star’ two years in a row for Soprano Sax (2014), Alto Sax and Flute (2013).

As a Professor at Berklee College of Music, she also shares her expertise teaching over 70 students per week; directing two big bands, repertoire class, jazz improvisation, and specialty ensembles. Between balancing her teaching and tour life, Tia feels that she is fulfilling her purpose here on this earth, that is to “serve as a light for others.”