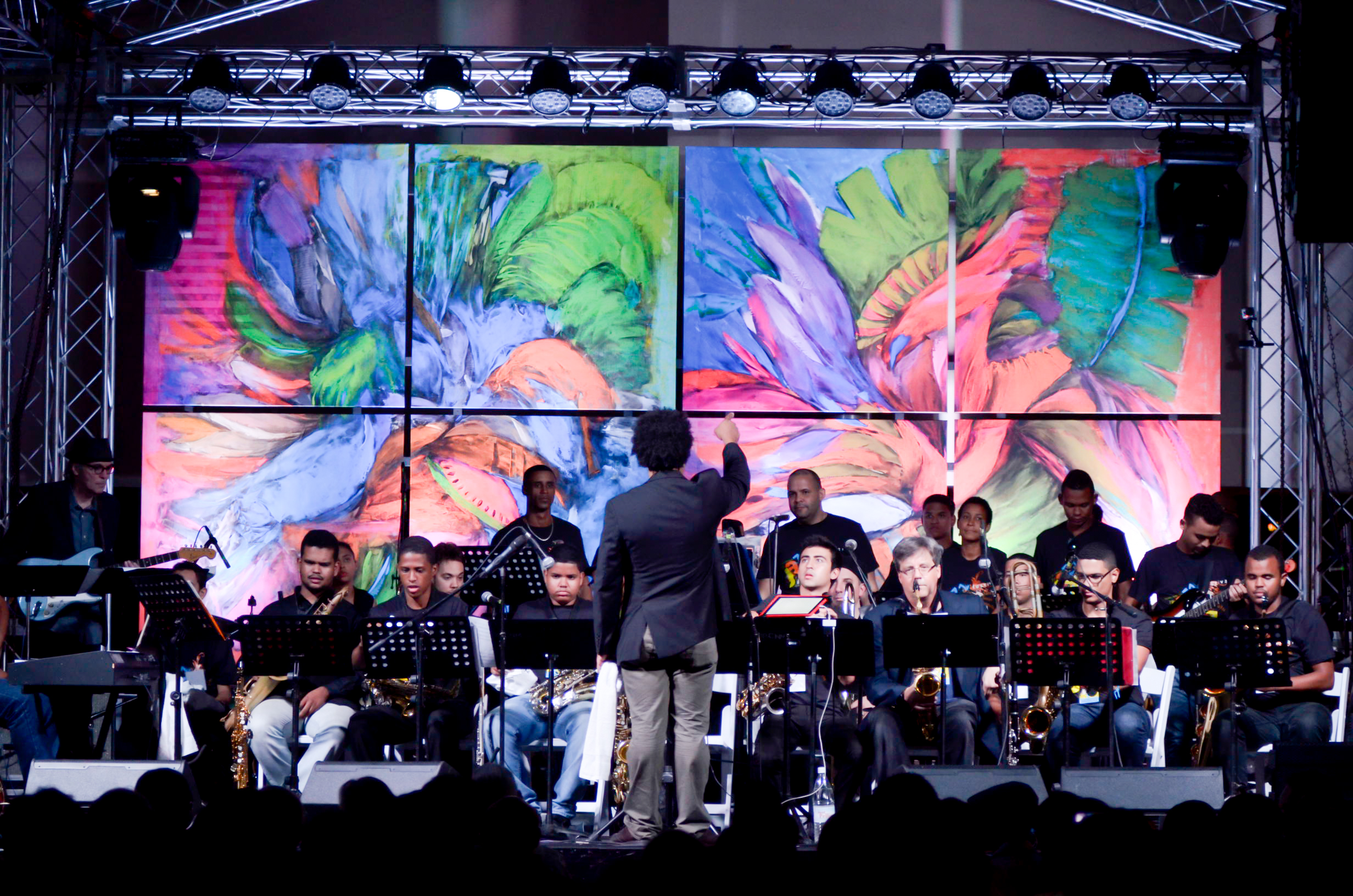 The Big Band of the National Conservatory of Music finds itself under the direction of Javier Vargas, a musician, composer, and musical arranger as well as professor in the National Conservatory of Music of Santo Domingo. Formed almost 26 years ago by the great dominican musicians Crispin Fernandez, the big band has served as a platform for various generations of musicians that present themselves on diverse stages throughout the Dominican Republic, granting these students and musicians real world experience.
Four years ago the concerts were only given in the conservatory. In 2014 the Dominican Republic Jazz Festival invited the big band for the first time. They return this year for the third time, where the festival celebrates its 20th year. Special guests this year will feature the works of esteemed composer, arranger, musician, and Berklee professor Bernardo Hernandez as well as others.