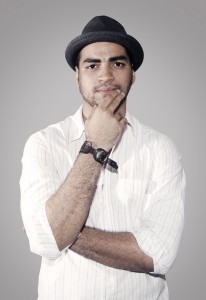 The group started at the beginning of 2002 in Santo Domingo, Dominican Republic, when the lead singer Rando Camasta joins the drummer Jesus Valenzuela to form a musical group. Later on they invited Isaac Torres, Eugenio Perez and Alfred Mc Spin to join them.

Tirelessly, the band dedicated themselves to the fusion of styles, as diverse as rock, funk, Latin, soul & jazz. At the end of 2006, produced by Rando Camasta, the band presents their first single “I feel” which was selected among the 25 best songs of 2006 by Radio Listin and X-102 in the Dominican Republic.

At the end of 2007, the band was chosen from thousands of bands from across Latin America to participate in the “combat zone” and appear at the MTV Awards Pre Party and Smirnoff.
In April 2008, the band presented the single ¨Alaska¨.