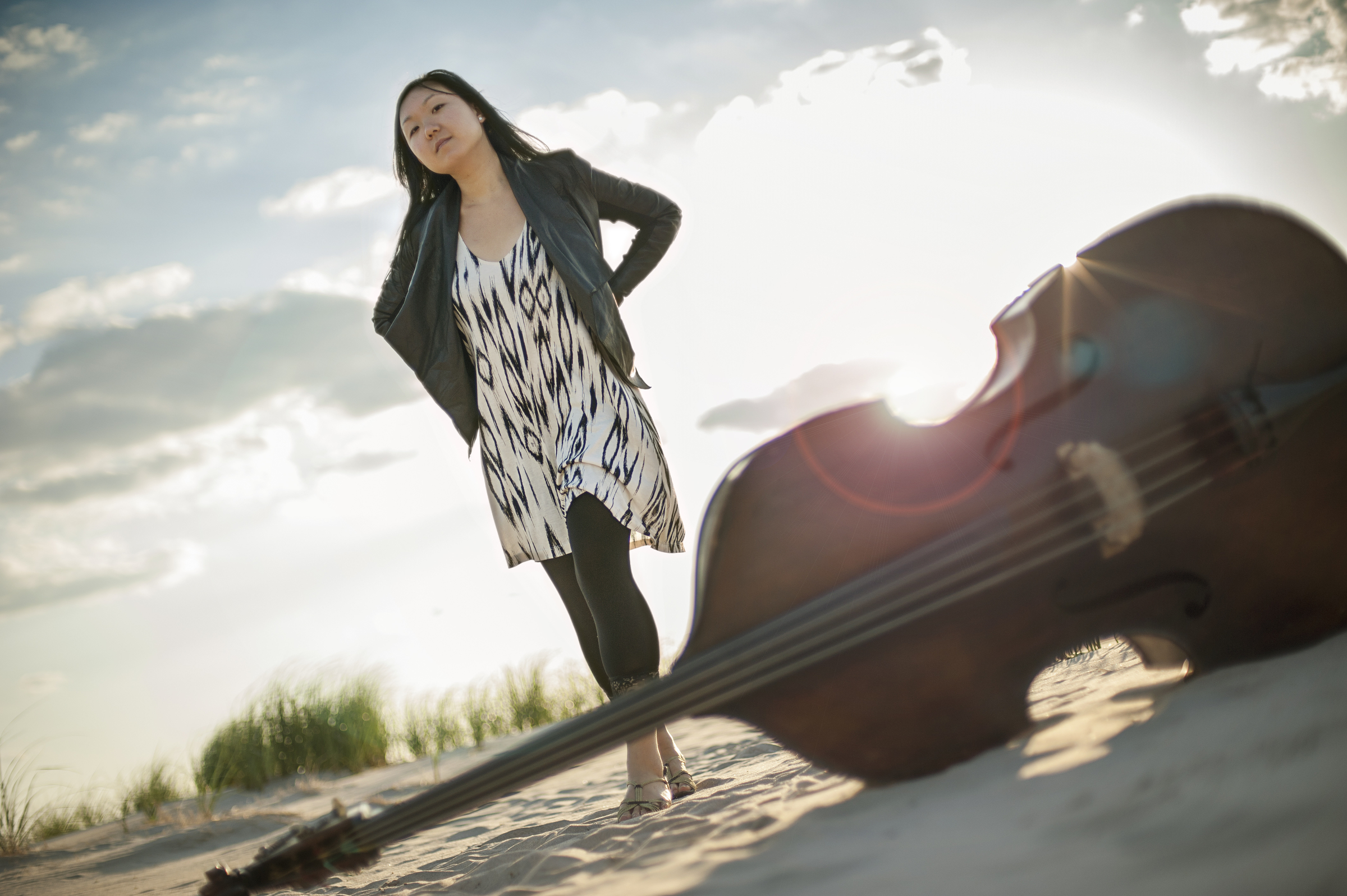 Linda completed her Masters at the Manhattan School of Music in 2008 studying with Jay Anderson, John Riley, Phil Markowitz, Dave Liebman and Rodney Jones. She now teaches the precollege division there and is involved in jazz videoconference master-classes for high-schools around the US. As an active teacher she was also involved in creating a series of lessons for the up and coming BassGuru app for iPad and iPhone.

In 2009 her self-released debut trio album “Entry” with Obed Calvaire and Ambrose Akinmusire received some critical attention. It was listed in Artforum magazine as one of Vijay Iyer’s top ten of 2009.

Her second album “Initial Here” released on Greenleaf Records in 2012 features a quartet with Dayna Stephens on tenor sax, Fabian Almazan on piano and Rudy Royston on drums with special guest Jen Shyu on vocals. This album was mentioned several times for album of the year in various jazz polls.

Linda is currently working on her second trumpet trio album and an eight-piece group featuring a string quartet  – with music that was commissioned by the Jazz Gallery in 2012. She is now a member of Pet Metheny’s most recent quartet project.