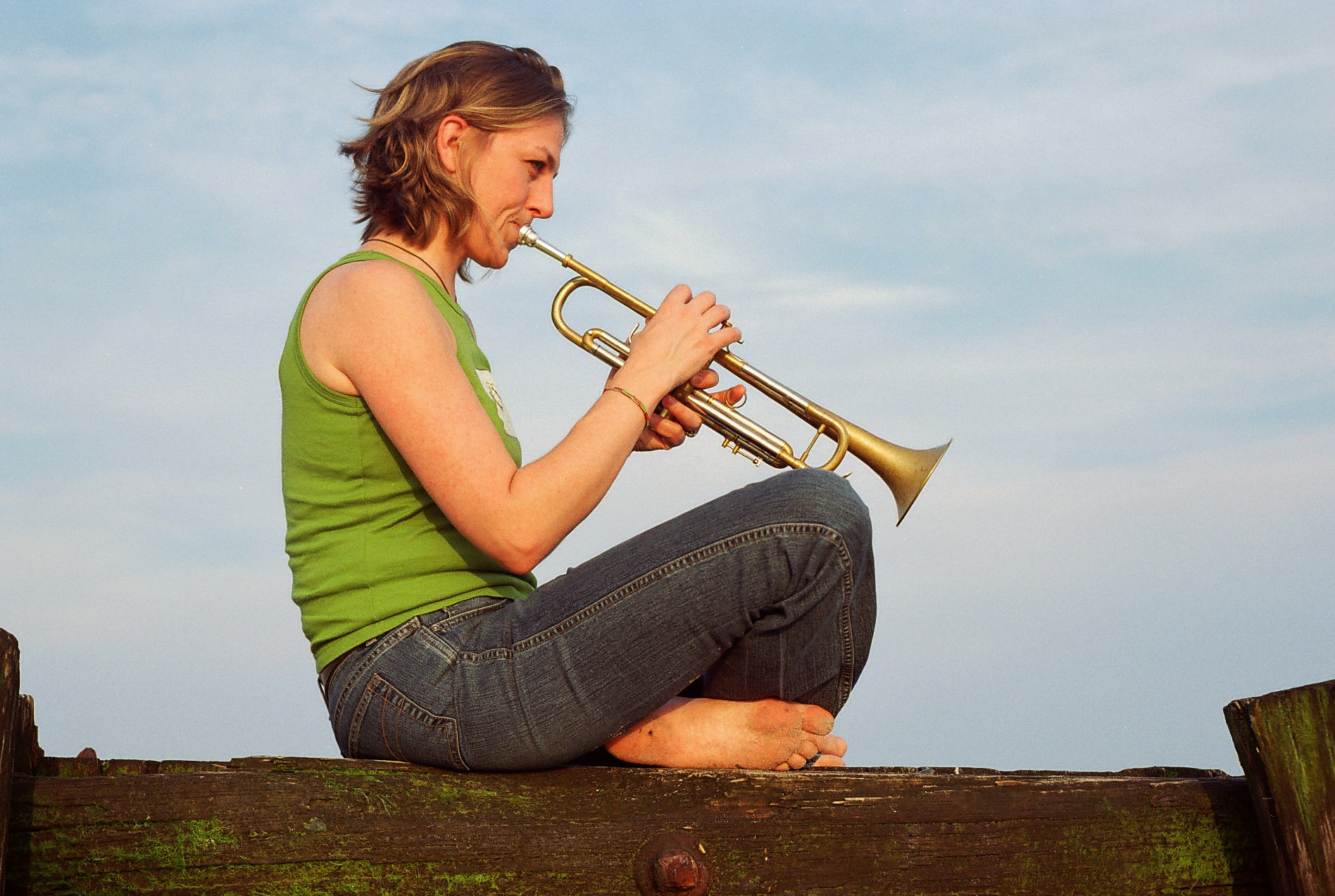 “Ingrid plays trumpet and flugelhorn with all the brilliance and fire of a true virtuoso, following the spirit of the muse as she creates…warm, sensitive, exciting and totally honest…” ~ Marian McPartland

Born in Vancouver and raised in Nanaimo, British Columbia, Ingrid Jensen has been hailed as one of the most gifted trumpeters of her generation. After graduating from Berklee College of Music in 1989, she recorded three highly acclaimed CDs for the ENJA record label, soon becoming one of the most in-demand trumpet players in the global jazz scene. After a teaching stint in Europe in her early twenties (as the youngest professor in the history of the Bruckner Conservatory in Linz, Austria), Ingrid settled in New York City in the mid-1990s where she joined the innovative jazz orchestras of Maria Schneider and Darcy James Argue.

More recently, Ingrid has been performing with the Grammy- winning Terri-Lyne Carrington and her Mosaic Project. Ingrid is a featured soloist on the Christine Jensen Jazz Orchestra’s JUNO award winning album Treelines (2011), and its successor, Habitat (2013). She has performed with a multi-generational cast of jazz legends ranging from Clark Terry to Esperanza Spalding. Ingrid has also performed alongside British R&B artist Corrine Bailey Rae on Saturday Night Live and recorded with Canadian pop icon Sarah McLachlan. In addition to her busy sideman and featured soloist schedule, Ingrid leads her own quintet, quartet and organ trio. Her own bands have garnered glowing reviews and a loyal fan base in Australia, South Africa, most countries in Europe, across Canada, the US, South America (including Brazil, Peru and Chile), Japan and Mexico.

Ingrid is also a dedicated jazz educator. She has taught trumpet at the University of Michigan and Peabody Conservatory, performed and lectured as a guest artist with the Thelonious Monk Institute High School group featuring Herbie Hancock, The Centrum Jazz Workshop, The Dave Brubeck Institute, the Banff Centre Workshop in Jazz & Creative Music, Geri Allen’s All-Female Jazz Residency and the Stanford Jazz Camp, to name a few.

Ingrid won the Carmine Caruso Trumpet Competition in 1991 and has twice served on the judges’ panel. She is regularly invited to trumpet festivals around the world, including a prestigious invitation in 2011 to work with classical trumpet maestro Håkan Hardenberger and the Swedish Wind Orchestra.

Ingrid plays a custom Monette trumpet, built personally by master builder Dave Monette. Her relationship with Dave has inspired numerous performances at the shop in Portland and generated collaborations with fellow Monette artist, Adam Rapa, as well as John Henes, a specialist in the Alexander technique for brass players.

One of Ingrid’s most frequent and closest collaborators is her sister, saxophonist and composer Christine Jensen. In addition to Christine’s Jazz Orchestra, they co-lead the group Nordic Connect with pianist Maggi Olin. Ingrid and Christine recently recorded a new album with their small group venture featuring guitarist Ben Monder and are eagerly anticipating the spring release.

Ingrid’s most recent release, an electric project (Kind of New) with keyboardist Jason Miles, has garnered rave reviews globally and has led to recent collaborations with Joe Lovano and Lionel Loueke.