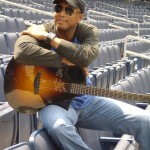 Growing up in Puerto Rico, Bernie Williams discovered his love for baseball and music at roughly the same time, when at the age of eight he fell in love with the sounds of a flamenco guitar his merchant-marine father brought home from Spain, and also felt the same exhilaration when he first picked up a baseball bat. The young student-athlete quickly excelled in both pursuits, going on to attend the special performance arts school Escuela Libre de Musica at the age of thirteen and becoming one of the most noted young athletes on the island, both as a track and field standout posting record times in the 400 meters, as well as one of Puerto Rico’s most sought after young baseball prospects. Bernie was signed by the New York Yankees after high school in 1987. After working his way through the farm system, the switch-hitting Williams made his Major League debut with the Yankees in May, 1991. 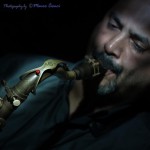 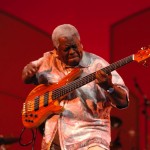 “Tthe most widely used session bassist of our time” according to Guitar Player magazine. Born and raised in Mexico City to Honduran (Garifuna) parents, he received his earliest training from his father, a gifted composer and guitarist. A graduate of Berklee College of Music in Boston, 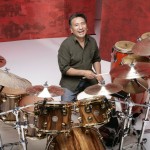 Alex Acuña was born and raised in Lima, Peru. Self-taught musician, with a great musical gift of God, and by the inspiration of his father and brothers (all of them musicians) at the age of 4 he started playing the drums and the percussion and after a 10-year-old began to work with the Orchestra of his father and brothers “Tropical Boys of los Hermanos Neciosup” at the age of 16 became in Lima in one of the Peruvian musicians most requested as transferor for various programs of television, theatre, movies and disc recordings. Also participating as a musician in concerts, becoming a musician/artist of high level in his native country – Peru. 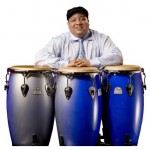 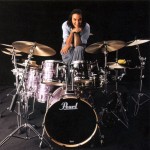 Born April 24, 1963 in Havana, Cuba, Horacio Hernandez is a renowned Cuban drummer and percussionist.
“El Negro” is a gifted musician who represents a new generation of great players following in the footsteps of countrymen Arturo Sandoval, Paquito D’Rivera, Ignacio Berroa, and others. Hernandez plays on the cutting edge of today’s music with technical prowess and versatility. His drumming also reflects a proud musical heritage rooted in folklore tradition.“El Negro” first gained international recognition as the drummer for the extraordinary pianist Gonzalo Rubalcaba and his group Proyecto.Since leaving Cuba in 1990, Hernandez has made a name for himself in the U.S. with his live performances with many different pop, rock, jazz and Latin jazz acts and his appearances on many different albums, some of which have received Grammy awards, like Roy Hargrove‘s “Havana” (1997), Carlos Santana‘s “Supernatural” (1999), Alejandro Sanz‘ “No es lo mismo” (2003) and Eddie Palmieri‘s “Listen here” (2005). He himself owns a Grammy award for the 2001 Latin Jazz album “Live at the Blue Note”, with Michel Camilo (piano) and Charles Flores (bass). 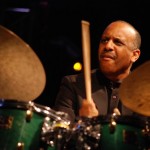 Born Newport News, Virginia, June 19, 1959, Billy Drummond is an American jazz drummer. He learned jazz from an early age from his father, who was a drummer and a jazz enthusiast and whose record collection included many recordings of Miles Davis, Art Blakey, Max Roach, Buddy Rich and Elvin Jones, among others. He played in bands from age eight and studied at Shenandoah College And Conservatory Of Music.
He moved to New York at the behest of Al Foster in 1986 and shortly thereafter joined the Blue Note band, Out of the Blue (OTB) with whom he recorded their last CD. He subsequently joined the Horace Silver sextet, with whom he toured extensively. 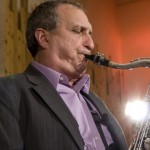 Born September 23, 1950, George Garzone is a saxophonist and jazz educator residing in New York City. He is a member of The Fringe, a jazz trio founded in 1972 that includes bassist John Lockwood and drummer Bob Gullotti, that performs regularly in the Boston area and has toured world wide.

The group has released several albums. Garzone has appeared on over 20 recordings. He began on the tenor saxophone when he was six, played in a family band and attended music school in Boston. In addition Garzone has guested in many situations, touring Europe with Jamaaladeen Tacuma and performing with Danilo Perez, Joe Lovano, Jack DeJohnette, Rachel Z, Bob Weir and Ratdog and John Patitucci. 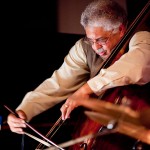 Born February 10, 1944 in Atlanta, Georgia, Rufus Reid is an American jazz bassist, educator, and composer.
Reid was raised in Sacramento, California where he played the trumpet through junior high and high school. Upon graduation from Sacramento High School, he entered the United States Air Force as a trumpet player. During that period he began to be seriously interested in the bass.
After fulfilling his duties in the military, Rufus had decided he wanted to pursue a career as a professional bassist. He moved toSeattle, Washington, where he began serious study with James Harnett of the Seattle Symphony. He continued his education atNorthwestern University in Evanston, Illinois, where he studied with Warren Benfield and principal bassist, Joseph Guastefeste, both of the Chicago Symphony. He graduated in 1971 with a Bachelor of Music Degree as a Performance Major on the Double Bass. 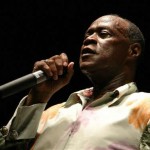 Juan de Dios Ventura Soriano “Johnny Ventura” was born March 8, 1940 in the city of Santo Domingo, Dominican Republic, and from a very young age dreamed of becoming the best architect in the country without suspecting that the economic constraints that surrounded him, would obstruct his admission to University.

Therefor he decided to enroll in Ercina Chavalier commercial Institute, to become a commercial secretary, consisting of typing, shorthand, accounting and filing, namely, a short career program that would allow him to get into the labor market and make money in order to continue his university studies. 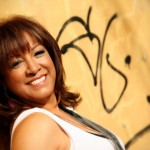 From an early age Milly had an inclination for music. This, she manifested along with her brothers, Rafael, Martin and Jocelyn in various musical activities organized in her community of Washington Heights where she formed the group that became known as “Milly Jocelyn and Los Vecinos” in 1975. 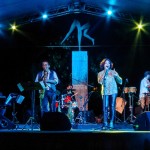 In the year 2011, the renowned Dominican musician Pengbian Sang embarks on a project whose objective would make a difference in the jazz field of the Dominican Republic: help reduce the distance between the general public of popular music and the select jazz-loving public.

Making use of his training and experience as arranger, orchestrator and jazz musician, Pengbian manages to combine the beauty and elegance of the most popular Dominican songs of all time, with the jazz, bossa, funk and other styles associated with jazz. 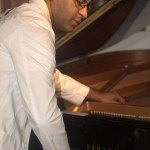 Pianist and composer born in Santiago de los Caballeros where he studied classical piano with Cuban teacher Hilda Melis. Later he moved to the city of Boston, USA, studying Jazz Composition at Berklee College of Music, where he granted a “Michel Camilo Scholarship”. 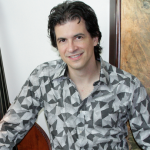 Ramón graduated from the famed Escuela Libre de Música in 1989 with high honors. He studied bass privately and participated in several workshops and seminars including: The Manhattan School of Music Summer Workshop, the Bass Summit at the National Guitar Summer Workshop, and for three years (1995-97) the Berklee College in Puerto Rico, where he was awarded for Outstanding Musicianship with a scholarship to study at Berklee College of Music, in Boston, Massachusetts. Ramón continued his musical studies at the Puerto Rico Conservatory of Music where he graduated in 1998 with a Bachelors of Music in Classical Double Bass and Musical Education.

During his musical career as an educator, he worked in different projects and Institutions. He is Professor and Founder Member of the New Jazz and Caribbean Music Department of the Puerto Rico Conservatory of Music. 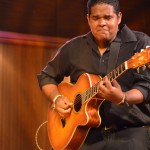