By KellySaturday July 25th, 2015 No Comments

The Big Band Conservatory is composed of a brass section of five saxophones, four trombones and five trumpets, and complemented by a rhythm section that consists of drums, percussion, piano, bass and guitar. For their performance at the XIX Dominican Republic Jazz Festival, the Big Band Conservatory will feature Special Guests Jim Kelly, Jim Odgren and Jason Camelio, all from the U.S. and affiliated with the Boston Conservatory/Berklee College of Music. 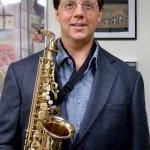 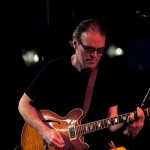 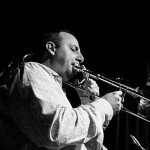 Jason Camelio is a trombonist, guitarist, composer, arranger, songwriter and bandleader. He is the director of global initiatives at Berklee College of Music. Camelio leads his own group, Bending Dogma, and is the cofounder/leader of the Big Bang Evolutionary BigBand (BBEBB), an all-Berklee jazz composers’ workshop big band.

Jim Kelly is Professor of Guitar at Berklee College of Music. One of the cornerstones of the guitar faculty, Kelly has traveled the world, teaching and performing throughout Europe, South America, and Japan in the college’s “On the Road” series of clinics.

Jim Odgren is an alto saxophonist who doubles on tenor and soprano saxophones and flute. Zakynthos compare hotels Throughout his fifteen-year career at Berklee, he has taught in the Performance Studies and Woodwind Departments. With recording and performance experience in a variety of music styles and genres, from Afro/Cuban Jazz to Soul to Mainstream and Contemporary Jazz.